NORTHWEST PORTLAND
My first foray into NW Portland was on NW 23rd Ave. This was, I was assured, where we should go to people watch and window shop. Since my main focus was on yarn stores, I was a bit disappointed to realize there was nothing of that sort here. But plenty of cute clothing and lifestyle stores along with coffee shops, restaurants and bars.

From here, I quickly made my way to Pearl Fiber Arts. Located on 11th Avenue in the Pearl District, I was swooning over the architecture, specifically the ones on 11th Ave and Hoyt. Reminiscent of New England brownstones/row houses, I instantly fell in love with the charming familiarity of these houses (or were they live/work?—I couldn’t tell).

Down one block, the buildings immediately became more commercial where I found Pearl Fiber Arts. This store probably had the least modern feel or flair to it with its non-descript interior. But what it lacked in its environment, it made up for in unique yarns. The owner had a wall with what she called her “souvenir yarns”—yarn dyed or spun by local fiber artists. I bought a skein named Bumblebirch Grove in Mineral, a 4-ply fingering weight mix of superwash merino and bamboo in pretty tones of dusty greens and greys. I was told it was dyed with Kool-Aid/food coloring! 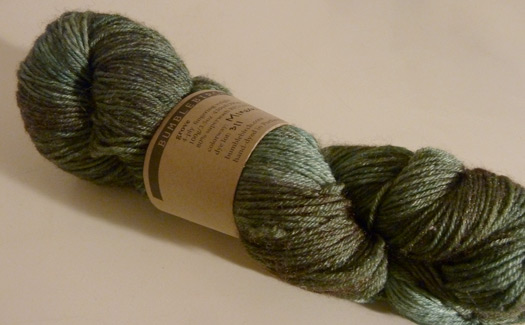 This was also the only place I’ve ever seen yarn meant for size 50 needles (which was also sold here). It would’ve been perfect for knitting an ottoman and the alpaca was so soft! But I didn’t have the luggage room for something like that and made a mental note for the future.

Further north on 11th Ave, by the Willamette River is Dublin Bay Knitting Co. Its spacious and nicely appointed interior, including an area to sit, read or wait, was also chock full of unique yarns—one in particular called Solstice Yarns, was fiber that they dyed and produced. I bought the Lumière Lace in Frost, an unbelievably soft mix of superwash merino, cashmere and nylon, in soft shades of grey. 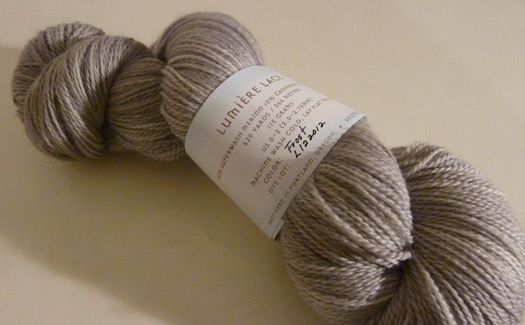 There was so much more to look at but not enough time. I’d love to go back again one day to leisurely peruse through all the goodies.